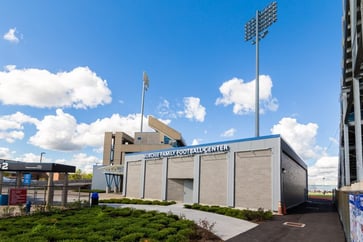 “I joke with my staff that when we’re designing a large, multi-room project, we’re going into the ‘matrix,’” says Southtown Audio Video president Heather L. Sidorowicz.

Through the D-Tools System Integrator (SI) platform, it’s easier than ever for integrators like the Hamburg, NY-based firm to enter that “matrix” in several visually compelling ways, enabling intuitive management of large, multi-room projects. “D-Tools allows me to view different rooms in different ways, all on one screen. That’s priceless. I couldn’t even imagine looking at every single piece of equipment on one sheet without a differentiation of all the spaces.”

Sidorowicz is referring, specifically, to a 14-room installation within the University of Buffalo’s Murchie Family Football Center, an addition to UB Stadium which houses the brand new headquarters for the college’s NCAA Division 1 football team, the Buffalo Bulls. The building includes a head coaches’ suite that provides a location to meet with current players, recruits, and their families; nine position-specific team meeting rooms; offices for assistant coaches; and additional meeting rooms and flex space for support staff. At the time of completion, The Murchie Football Center was Southtown AV’s largest project in budget, size, and scope—although the integrator has, by leveraging the capabilities of the D-Tools SI platform, moved on to projects twice the size with ease.

The Murchie Family Football Center stands as one of the most unusual and complex projects the SAV team has ever tackled, from winning the bid to not losing their proverbial shirts on the deal when the project went through eight drafts of revisions.

The SAV team worked with the UB athletics department’s IT director, who had the technical knowledge to communicate with the coaches and ensure the integrator designed systems that would meet their needs. However, the coaches weren’t entirely sure what they wanted (or needed) when they first called on SAV to see what would be possible within the school’s budget. 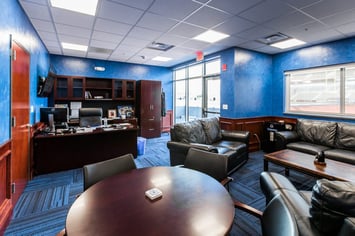 D-Tools’ professionally designed proposals made it easy for the integrator to outline the possibilities to the client and hone in on what the client really needed in each room. “Being able to sit in their office, break down these systems room by room, and show them the different pieces—that was game-changing,” says Sidorowicz. “I don’t think there was any hesitation on the part of the client. They had seen our past performance [on smaller projects]. They saw that we were presenting the proposal professionally and that we were able to break down the price room by room. They saw exactly what they were getting for the money.”

The capability to separate each room, visually, and make notes and comments on the technology systems in each space aided communications with the client and helped the workflow move more seamlessly, even through eight rounds of revisions. “D-Tools enabled me to write a synopsis of what was going on in each individual room, so when the IT director put the notes in front of the coaches, they could see exactly what was happening—and what wasn’t,” she says.

Some of the more extensive revisions involved removing capabilities to cut costs, streamline systems, and provide only the capabilities the client really needed. For instance, some of the rooms did not require distributed audio because they weren’t being used for training videos or lecture, so loudspeakers were deleted in one of the later design drafts. “There was a lot of back and forth between myself, the IT director, and the coaches to figure out exactly what they wanted. It was easy to make a note in D-Tools whenever I made a revision, and equally easy to go back to older drafts to compare,” she says. “When you make a change in Excel, on the other hand, it’s done and your prior drafts are gone. It wouldn’t have been easy to keep track.”

Once they began outlining the specifics, SAV realized the client had very unique, user-specific needs, which led to changes in the way the technology systems would normally be designed. “This wasn’t your average commercial job with a corporate client,” says Sidorowicz. “We had to be more creative in the way we designed the system.” 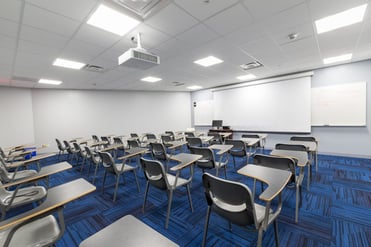 For instance, the client didn’t want the lights to go all the way off when the projection system turned on in any of the meeting rooms because the coaches wanted to be sure the players were awake and alert for the presentation. Additionally, they wanted the motorized projection screen in the Main meeting rooms to stay down, even when they turned the system off. “Usually, when you turn a system off, you want the screen to roll up—out of sight, out of mind,” explains Sidorowicz. “But there was a dry erase board behind the screen that often showed game strategies, moves, and tactics. If they were holding a meeting or recruiting new players, they didn’t want everyone to see what was written on the whiteboard. That isn’t something you’d need to factor into the system in a regular corporate facility.”

One thing that was critical from the start was designing systems that would be easy to use and intuitively designed. “The sky’s the limit – especially with programming. But just because we can do something doesn’t mean we should. In this case, the goal was to make it as user-friendly as possible,” says Sidorowicz.

She highlights the Offensive Staff Room and the Defensive Staff Rooms as two areas with unique design challenges, made easier thanks to D-Tools’ functionality. To save time and streamline the design process, SAV used D-Tools to create “kits” for equipment used in multiple rooms across the project.

“One of the more important capabilities in both rooms was the ability to watch two different sources on two different screens,” says Sidorowicz. To accomplish this, Southtown AV used a Crestron HD-MD4X2-4K-Ein matrix switcher, controlled via a Crestron FlipTop Touch Screen. The control system allowed the staff to run different programming on the 65-inch Sony LED screen or a motorized projection screen. Sources include a DirecTV feed, Apple TV, the college’s campus cable channel, or the feed from a Sony laser projector connected to a coach’s laptop or mobile device.  The conference table includes a Crestron Connect It Cable Caddy, making it easy for the presenter to plug in their mobile device and start the meeting seamlessly. When the touch screen is not in use, it disappears into the table where it can’t get broken. The Crestron controller matrix is housed on a shelf underneath the table since there are no equipment racks in any of the meeting rooms.

“There wasn’t a lot of equipment because they didn’t need to do a lot—but the problems we needed to solve for the client were important ones,” says Sidorowicz. Southtown AV used Crestron’s custom programming capabilities to keep the user interface extremely intuitive while adding some high-end features like displaying the university logo on the touch screens.

The entire set-up, which is duplicated in several of the rooms, required eight different pieces of equipment. But instead of creating a line item for each piece of equipment and then copying and pasting each item into the other rooms with a similar configuration, Sidorowicz simply created a package in D-Tools representing that system with all its components. “If I ever do a similar meeting room, I’ll have that kit available to use for other projects, too,” she says, calling the feature both a “time-saver” and a “game-changer.”

The ability to create kits or packages of related equipment also made it easier for SAV to accurately quote labor prices for the project. “I learned how to use D-Tools to quote labor more accurately for the first time during this project,” says Sidorowicz, “and now I use the feature all the time.”

In the past, Southtown AV had simply quoted the cost of labor for a particular room based on past experience working in similar spaces. But, by breaking the equipment down into packages, Sidorowicz could more accurately attribute a time and labor cost to each specific product or collection of products. “It makes bidding quicker and we know we’re getting a much better return on the labor we’re quoting,” she says.

Additionally, other SAV personnel can now estimate labor, even if they don’t possess the vast industry experience Sidorowicz does. “Any D-Tools user can just drag and drop pieces of equipment into smaller projects, and we know the labor is correct.”

It wasn’t easy for Sidorowicz to change her approach to quotes, she admits, but once she did, she realized how much D-Tools’ quoting feature saved time and positively impacted profits. “As a business grows, you realize you can’t do it all yourself,” she says. D-Tools helps business owners to scale by providing a way to create repeatable business processes that can be sourced to anyone in the organization while allowing the business owner to maintain control of the project and the bottom line.

“Doubled Gross Sales” Thanks to D-Tools

On the topic of growth, Sidorowicz told us that D-Tools software was instrumental in making 2016 Southtown AV’s most profitable year to date—but hang on, because 2017 is only half over. D-Tools gives the small integration firm the ability to design and accurately quote larger installation projects, compete with larger and more well-known firms, and scale the business by implementing more efficient, repeatable operations at every stage of bid, proposal, system design, and project management process.

Since SAV started using D-Tools about two years ago the company has doubled its gross sales from one year to the next. The company went from quoting $50,000 stand-alone conference rooms to the $100,000 Murchie Family Football Center, up to a $200,000 installation at Evergreen Health Services in Buffalo.

“It’s not just that we save time and money with D-Tools,” says Sidorowicz. “We couldn’t compete on larger projects like these without D-Tools.” As a small company that’s growing fast, D-Tools helps SAV compete with larger firms in the area through professional looking bids, more accurate quotes, and a streamlined design process.

Even with successes like Murchie under her belt, Sidorowicz admits she’s still learning and currently using the System Integrator platform to about 50 percent of its capacity. Even so, she’s seen tremendous results, financial gains, and operational savings. “The D-Tools platform already helps us show clients how we can solve their problems and make their lives better with technology. I can’t wait to learn the next feature or function that will help take the company to the next level,” she says. 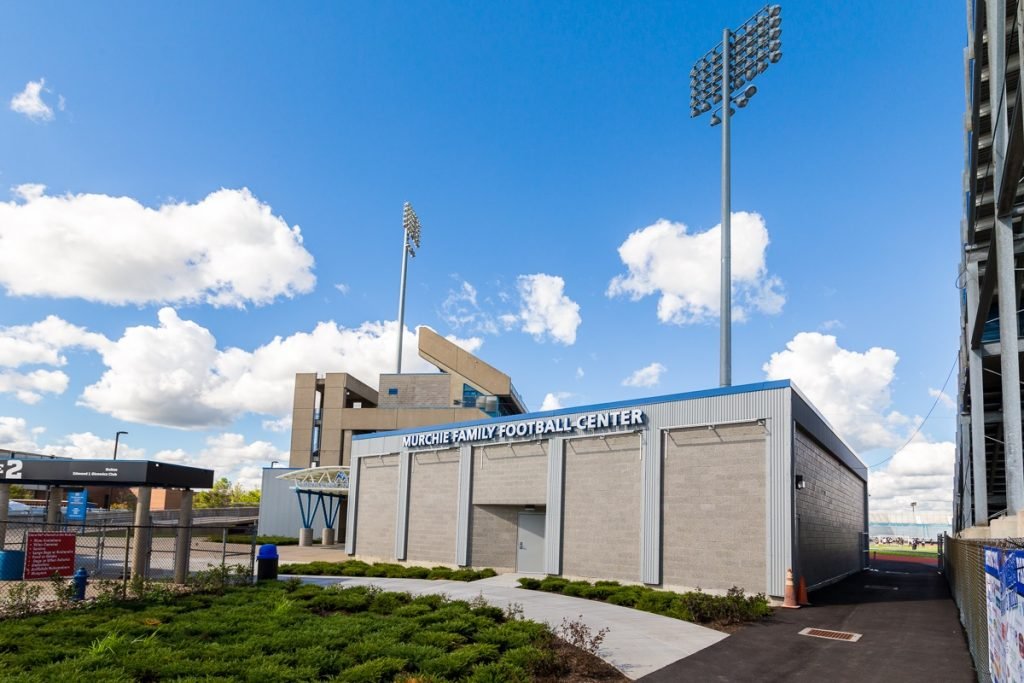 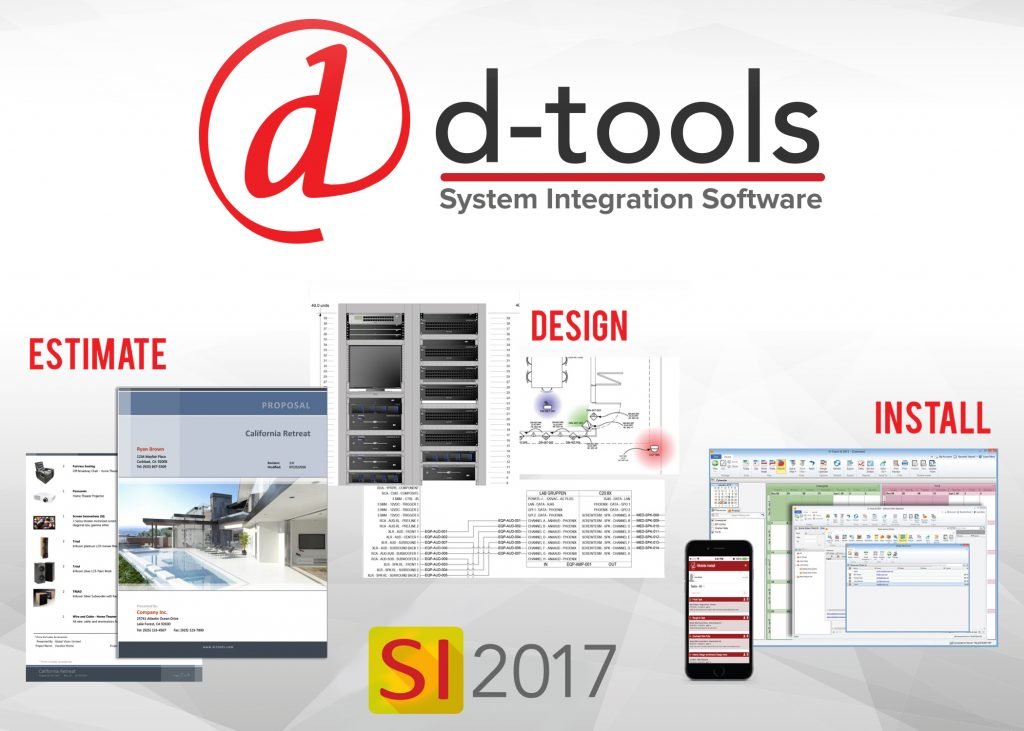 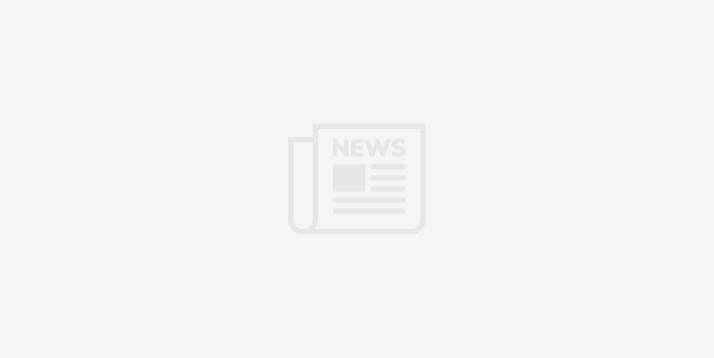